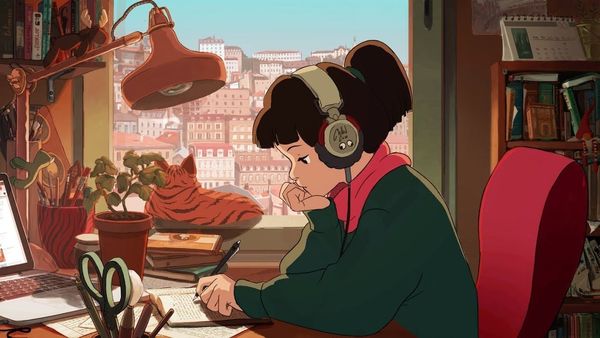 The term "LoFi" is short for low fidelity and refers to music that has been recorded with lower quality equipment or deliberately meant to sound that way. The genre has been around for decades, but in recent years it has seen a surge in popularity. There are a few reasons for this renewed interest. First, the gritty, distorted sound of LoFi can be very appealing in today's over-produced music landscape. It harkens back to a simpler time when music was made just for the love of it, without worrying about commercial success.

LoFi music is often very relaxing and easy to listen to. It's perfect for background noise when you're working or studying and can help you focus while still providing a bit of interest and stimulation. The LoFi aesthetic has become popular in a range of other media, from fashion to visual art. This has helped the music gain a wider audience, as people who are interested in those other areas are also drawn to the sound.

And finally, LoFi is just plain fun. There's something about its DIY aesthetic and lo-fi production values that makes it charming and endearing. It's the perfect antidote to today's highly polished, professional pop music. Lofi music, also known as Lo-fi hip hop or simply lofi, is a subgenre of hip hop that originated in the early 1990s. Lofi is characterized by its gritty, lo-fi sound and often contains samples from other genres such as soul, jazz, and R&B. Lofi began to gain popularity in the early 2010s with the rise of YouTube channels such as Chillhop Music and College Music. These channels provided a place for lofi artists to share their music and reach a wider audience. In recent years, lofi has continued to grow in popularity, with more and more people discovering the genre through online platforms such as SoundCloud and Bandcamp.

There are many reasons why lofi has become so popular in recent years. One reason is that the lo-fi sound is often seen as more relaxed and laid back than other genres of hip hop. This can be appealing to listeners who are looking for music to chill out to. Additionally, lofi often contains samples from other genres of music, which can make it more interesting and diverse to listen to. Finally, lofi artists often create their own visual artworks to accompany their tracks, which can add another layer of appeal to potential listeners.

With its growing popularity, lofi has begun to branch out into other genres as well. Artists have started experimenting with incorporating lofi elements into pop, R&B, and even EDM tracks. As lofi continues to grow in popularity, it is likely that they will see even more genre-bending and experimentation in the coming years.